When you start writing your story, how long does it take you to come up with character names?

Choosing the perfect name for your protagonist and antagonist can take ages, especially when you’re not sure how to start.

I’ve been there. After wasting days staring at a blank computer screen, attempting to come up with names for all of my characters, I developed with some helpful naming strategies. And I’d like to share them with you!

How to develop cool names for fictional characters

Using any of these methods cuts down the amount of time I spend coming up with character names and lets me get back to the actual writing. So next time you’re stuck and can’t decide what to name your dystopian sharpshooting heroine, try one of these ideas.

Here’s how to come up with interesting character names in your fiction.

Are you a fan of symbolism? Write down your story’s themes and then head to a name generator website or baby name site to search for names related to those themes.

Funnily enough, I have found that the name Andre shows up under themes like manly, strong and brave, which of course I am… in my stories, at least.

2. Use Fido and your street

Mine would be Butch Fields, and yes, he comes from the rough part of a fictional town.

3. Combine the names of your favorite authors

A second helping of Stephen Rice, anyone? See what I did there?

Maybe you don’t feel comfortable using the names of living writers, so how about this… Jack Hemingway. See, I used Jack London and… you get it. Apply it to your work! 4. Use a name translator

Yep, there is such a thing. A name translator allows a writer to easily discover names in other languages.

To use this, however, you have to have a name in mind. Give it a whirl by putting your own name into the translator.

Head to your favorite search engine and search for ‘name translators’ or ‘my name in’ and type in any language, such as Chinese or Hebrew. You’ll find plenty of free name translators to play with.

5. Use an encyclopedia and your creative side

No matter what genre it is, think about where your story takes place. Your setting can inspire names for your characters.

Does your story include mountains? Are they part of your fictional characters’ culture? Then research people who have mountains as a part of their culture, such as the Andean people of Peru and the Appalachian people of North America.

What if your story takes place on a faraway planet? Your setting likely looks a bit like some place you’ve seen before on Earth, or maybe a mix of several places.

Think of those real places that inspire your off-world setting, and then think of the real people that make those places their home. Research those places to get a feel of what your fictional culture could be.

6. “Borrow” from a friend or family member

This is the easiest way to create a fictional character name because you aren’t actually creating one! All you’re doing is copying. Maybe your father is your hero, so you decide to name your protagonist after him.

Of course, if you decide to go this route, be careful. Ask permission, and let that person know ahead of time of how they will be portrayed.

You might think you’ll only use their name, but some of their personality traits may unwittingly end up in your story as well. Especially if you are the type of writer that skips outlines and lets the story unfold in front of you as you write it.

Now get out there and come up with some character names that are perfect for your story.

This is an updated version of a story that was previously published. We update our posts as often as possible to ensure they’re useful for our readers. 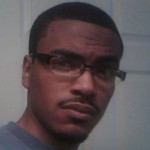 What is your reaction?

6 Reasons to Use a Dropshipping Agent for Your Online Store

How to Create a Believable World for Your Fiction Characters

Which Free Version is Best For Freelance Writers?

As a freelance writer, a reliable (and affordable) task management tool is a game-changer, and ...
By Codey1234
5 days ago

These 10 Will Make Your Writing Super Clean

Invoicing is something every freelance writer has to do. After all, earning money is what ...
By Codey1234
April 2, 2021

6 English Grammar Rules That Are Finally Going Out of Style

How to Create a Believable World for Your Fiction Characters


Warning: Cannot use a scalar value as an array in /homepages/22/d857124311/htdocs/clickandbuilds/livingpassivelyy/wp-includes/class.wp-scripts.php on line 508